The Native Arboretum at Maclay Gardens State Park is a collection of rare, interesting and attractive, mostly woody, native plants which can be found in the Tallahassee Red Hills area, as well as in hardwood forests on bluffs along the Apalachicola and other major rivers, such as are found at Torreya State Park, Three Rivers State Park, and Florida Caverns State Park.

The area of the Arboretum was originally the nursery where plantings for the rest of Maclay Gardens were grown. It was offered to the Magnolia Chapter of the Florida Native Plant Society as an area they could maintain for display of native plants. Ground was broken in 1985 and planted with native trees and shrubs donated by area nurseries. Perennial ground covers and native woodland wildflowers have been added over the years.

The Native Plant Arboretum is located north of the first dirt path to your right after you enter through the iron gate on the brick path into the Gardens. 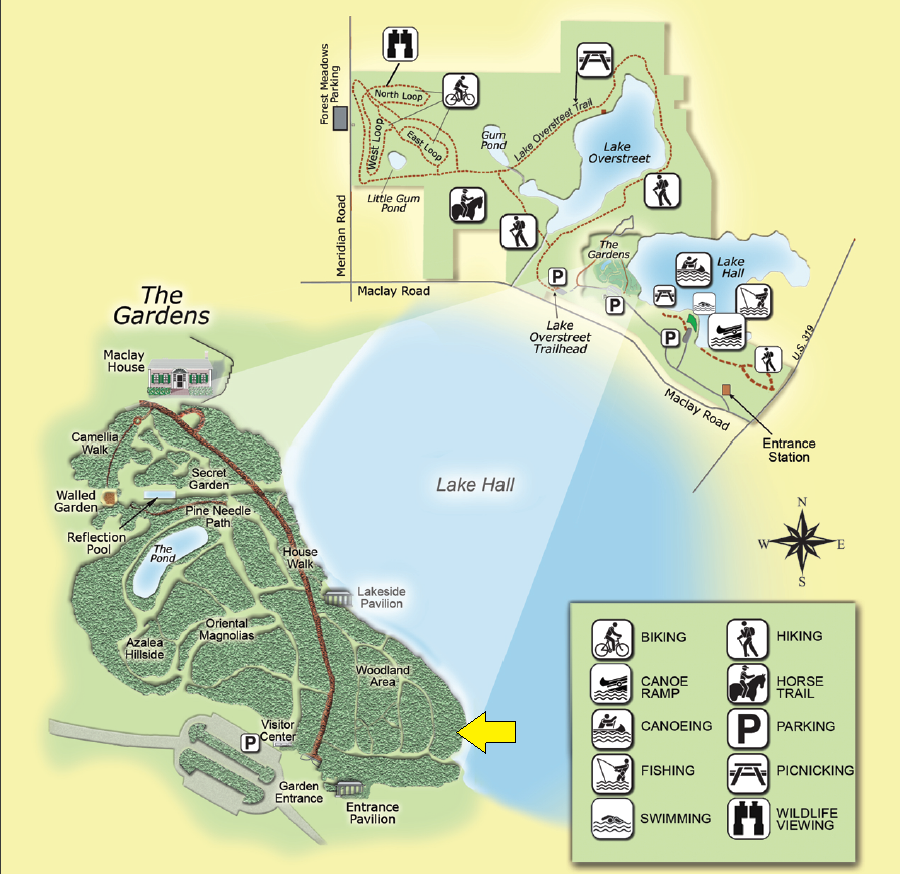 Volunteers to help maintain the garden are welcome.  Volunteering usually involves weeding and clipping, so gardening gloves and gardening tools are needed, plus a willingness to learn which plants to pull up and which to leave. There are usually two regular workdays each year, one in November/December and one in January/February.  These are scheduled on a weekend and last from 9am to 12noon. Other workdays may be scheduled as needed. Workdays are announced on the Magnolia Chapter website. Visit FNPS.org for many useful tools

Join FNPS and our chapter